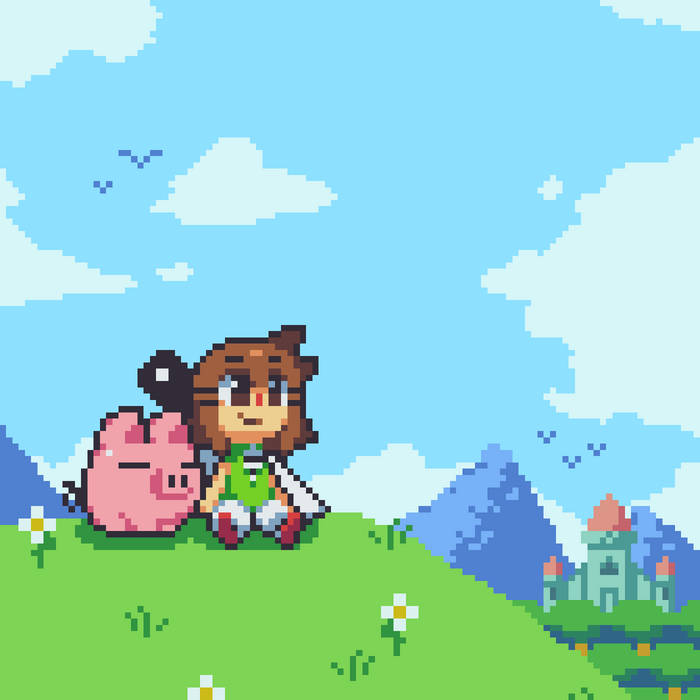 In ancient times the world was run by beasts. Beasts which stopped at nothing to ensure the extinction of civilization. The beasts craved chaos, much at the despair of the people who lived among them.
Among the people there was one brave soul. He forged an enchanted blade and using the blade drove away the beasts, but lost his life.
The people were overjoyed, but saddened by the fall of their hero.
The hero’s blade was split in three and divided over the kingdoms. For if the time comes a new hero could arise. A Hero to save the people when the beasts return.
Although the legend was passed on, it was eventually forgotten. Whilst the three parts of the enchanted blade are still possessed by their kingdoms, few know of its true importance.
With the threat of the beasts returning, Bolo's life is about to change.

This album will take you on a journey with a familiar but forgotten video game from 1993.

Check out the full story!
stijnvanwakeren.com/superswordblade/

Created by Stijn van Wakeren
The album art was created by GrafXkid: grafxkid.tumblr.com
Special thanks you Leon van den Berg for helping me with the story!

Bandcamp Daily  your guide to the world of Bandcamp

Cannibal Corpse's George "Corpsegrinder" Fisher stops by for an interview